Dietary fat  – the Good, the Bad, and the Ugly

For endurance athletes, the energy source par excellence is, without any doubt, carbohydrates. However, the intake of fats, often underestimated, can be fundamental in improving and supporting your performance and optimizing specific training adaptations.

Dietary fats usually have a negative connotation, especially when put into the same phrase with sport and athletic performance. In recent years, many fats have lost their “dangerous” label, such as some types of saturated fats, and there are many surprising data that every endurance athlete should know.

Fats are crucial components of a healthy diet as they are essential elements of cell membranes. They facilitate the absorption of fat-soluble vitamins, and above all, they provide energy! Guidelines have defined that the fat intake should range from 20% to 35% of total daily calorie intake. Still, for you as an endurance athlete, dietary fat intake should be defined according to your body composition, training program, and goals.

Let’s take a look at some primary characteristics of dietary fats before discovering which are good and which could negatively affect your performance.

What is dietary fat?

Dietary fats are one of three crucial structural building blocks of your body. Fats, also called lipids, are macronutrients mainly found in animal source foods, however, other types of food like vegetables and nuts represent a great source of healthy fats.

A fundamental characteristic of fats is that they are insoluble in water, which distinguishes them from proteins and carbohydrates.

Primary functions of dietary fats in your body:

They also act as a shield for your organs, insulate the body to keep you warm, and proper consumption of fats protects you from developing numerous potentially dangerous health conditions.

Based on their chemical structure, lipids can be classified into these three types:

The lipids of significant nutritional interest are cholesterol and glycerides.

Cholesterol performs numerous vital biological functions in the body. It is a crucial part of cell membranes being responsible for their fluidity and permeability. Cholesterol is also a precursor of vitamin D, bile salts, and steroid hormones like testosterone, cortisol, etc. Cholesterol, along with triglycerides, is insoluble in water, which means that it needs to be transported with proteins’ help.

Low-density lipoproteins or LDL cholesterol is also known as bad cholesterol because they can be transferred from the liver to the arteries’ wall, contributing to the formation of plaques that can clog the arteries.

All animal-origin foods contain cholesterol, but some, such as full-fat dairy and fatty meat, have a higher content. However, the cholesterol in food has a low effect on blood cholesterol levels, especially when compared with long-chain saturated fats.

Glycerides are organic compounds formed by a glycerol molecule union with one, two, or three fatty acid chains, forming mono, di, and triglycerides. They are abundantly present in the human body since they serve as fat storage.

The fatty acids that make up the glycerides can be classified into:

Depending on their structure and origin, fats behave differently: fats of vegetable origin are generally liquid at room temperature, while those of animal origin are solid.

The most common monounsaturated fats in foods are:

Oleic acid is the most well-known monounsaturated fatty acid. The consumption of these fatty acids contributes to lowering LDL cholesterol, while they seem to have no significant effect on the blood levels of triglycerides and good HDL cholesterol. For example, olive oil contains oleic acid in percentages ranging from 60% to 80%. Other foods rich in oleic acid are nuts and their oils.

Palmitoleic acid might have similar health effects as oleic fatty acids, but more scientific studies are necessary, as many of their effects still remain unclear. One study demonstrated that palmitoleic acid increases lipolysis and glucose utilization for energy production in adipose tissue.

This acid is present in macadamia oil and smaller percentages in avocado.

While oleic acid has several beneficial health effects, erucic fatty acids are far from being friends with our health. They behave exactly like atherogenic saturated fatty acids. That means that if consumed regularly and/or in large quantities, these fatty oils could have numerous adverse effects on several bodily systems.

Erucic fatty acids are present in mustard and rapeseed oils.

Omega-3 and omega-6 fatty acids are crucial components of cell membranes and precursors of several other substances, such as those involved in regulating blood pressure and inflammation.

Some studies have also demonstrated the benefits Omega -3 fatty acids have on our heartbeat. They seem to reduce the risk of abnormal heart rhythm. Arrhythmias are a common health problem among endurance athletes. Ventricular extrasystoles are the most common finding, while complex arrhythmias are rare but potentially dangerous. Omega fatty acids seem to give a helping hand.

Other health benefits are often attributed to Omega fatty acids like improved eye health, arthritis and asthma symptoms, and cognitive functions, but more studies are needed to confirm these claims.

Following an intense workout, your muscles produce cytokines that cause inflammation. The intake of Omega 3 fatty acids can reduce the production of cytokines and increase prostaglandin levels with an anti-inflammatory effect.

There are three types of saturated fats, classified based on their structure:

Although they are considered unhealthy as a whole, several scientific studies showed that medium-chain fatty acids could be as beneficial as unsaturated fats. Long-chain fatty acids are absolutely to avoid as the list of their adverse effects on human health is quite long.

Medium-chain fatty acids are burned down quickly and do not promote fatty deposits in the arteries as long-chain fatty acids. That is one of the principal reasons why they are not harmful. Also, the longer the fatty acid chain is, the fats have a more solid texture and become less digestible.

There are two types of trans fats:

Artificial trans fats are a product of an industrial process called hydrogenation. Low-cost vegetable fats such as palm oil get chemically “broken down and reassembled” together in the form of trans fats. This process allows obtaining more compact fats, easily spreadable, flavor stability, prolonged shelf life, and low production costs. These oils are also called “partially hydrogenated oils.” They should not be confused with fully hydrogenated oils, which do not contain trans fats but do contain long-chain saturated fatty acids, which have similar adverse effects on our body.

The World Health Organisation guidelines recommend limiting calories derived from trans fat, representing a maximum of 1% of all the calories in the diet. They emphasize how a diet rich in this type of fat increases the risk of developing severe cardiovascular diseases such as atherosclerosis, thrombosis, stroke, etc.

But many athletes choose a low-fat diet thinking it could boost their performance, though many scientific studies confirm the opposite effect. That kind of approach, especially in the long run, can compromise the levels of fat-soluble vitamins and essential fatty acids. It is advised to limit these kinds of restrictions regarding macronutrients only to short-term situations, like during carbohydrate loading, a few days before the high-endurance activity.

An example is a study performed on 25 runners who ate 16% and 31% fat for four weeks. Twelve runners increased their fat intake to 44% of total calories as a part of an isocaloric diet. After testing their endurance and VO2max at the end of the diet, the results showed that runners on a low-fat diet had reduced endurance performance compared to runners on a medium and high-fat diet. Note that there were no differences in glucose, triglycerides, or fatty acids levels when comparing the low and medium fat diets.

Free fatty acids are a by-product of fat metabolism. These are exactly those energy-dense molecules that serve as fuel to your muscles during prolonged training. Your body uses fat to produce ATP by firstly converting triglycerides into one glycerol molecule and three molecules of free fatty acids.

For example, during a prolonged workout like a marathon, for the first three to four hours approx. 55% of the energy will come from carbohydrates, while the remaining 45% will come from fat. As the workout becomes more intense, muscle glycogen will begin to run out. To compensate for glycogen depletion, your body will start to use stored fats at higher rates, and plasma levels of free fatty acids will increase. It will lead to greater consumption of fat as an energy source.  Functional adaptations induced by endurance training in conditions of carbohydrate depletion derive from increased muscular vascularity, increased oxidation of fatty acids, and increased number and size of mitochondria. These adaptations, among others, allow you to work at submaximal intensities by postponing the fatigue.

When there is sufficient fat stored in the body, you do not need to worry about running out of energy.

Therefore, you should look at fatty acids as an important long-term energy source, not as something to avoid. The most important thing is to be well informed and have a personal training nutrition plan to satisfy your needs.

A proper endurance training nutrition plan is half-way to success. Inadequate intake of dietary fats is a perfect example of how improvising can prevent you from performing better. That does not absolutely mean that you have to cut on carbohydrates, as they will always be your primary source of energy. Still, the optimal consumption of fats is necessary to support your high-intensity training.

So choose what you put on your plate wisely, or better, rely on nutrition professionals who can create a valuable training nutrition plan. It will undoubtedly lead to less preoccupation, more time to concentrate on your goals, and better results. 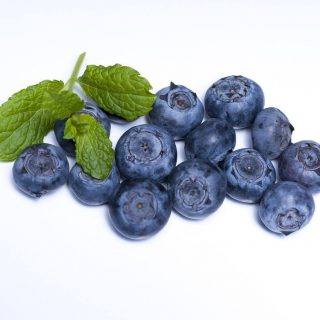 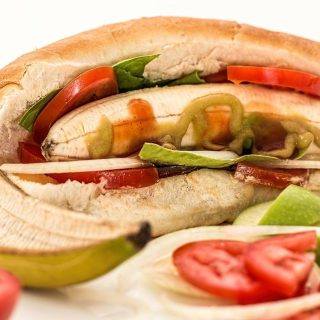 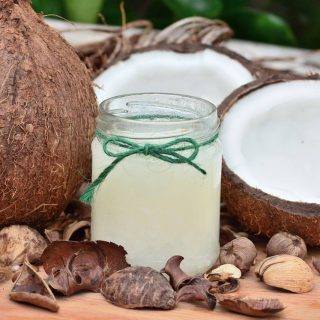 Coconut oil – is it healthy or not?

Neead a health or nutrition copywriter? 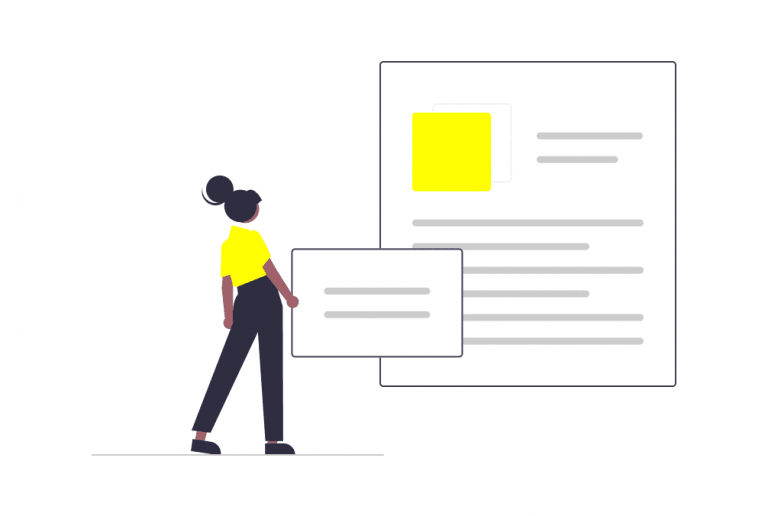